I watched Horns on Thursday after I read the book. It is based on the book by Joe Hill. It has Daniel Radcliffe, Max Minghella, Joe Anderson, Juno Temple, Kelli Garner, James Remar, Kathleen Quinlan, David Morse, and Michael Adamthwaite.

There are  many differences between the book and movie.

I finished listening to Horns by Joe Hill.

Warning:  there is some sad parts in it and some violence.

Before I begin my summary,  This book shows how terrible people and society has gotten. My preacher actually preached about how our thoughts should be on Godly things and not terrible things.

Horns is about a man named Ignatius Perrish. He is accused of raping and killing his girlfriend. One morning he woke up with horns growing out his head. The night before he was drunk and peed on a statue of the virgin Mary. The statue was where his girlfriend had died. He thought he was crazy until his lover asked him if she could have more donuts. He thought this was really crazy. Then everyone he saw told him terrible things like a little girl wanting to kill her mother, the priest saying he wanted Ig to kill himself and he would help him, and his parents saying they don’t want him there. His father admitted that he let his friend burn the lab that had the evidence of the murder in it. Ig didn’t kill his girlfriend. He was drunk and parked outside an abandoned restaurant. His brother does confess that he knew who killed her. Ig does get revenge.

I did like the book, but I sorta didn’t like the end.  I did watch the movie and I will post about it on Tuesday.  I’m waiting on my next book to movie book so I decided to read The Dark Tower II: The Drawing of The Three by Stephen King next.

You can get this book at Wordery.com, Amazon.com, Kobo.com, and Downpour.com.

I did watch The Dark Tower. It is supposed to be based on The Dark Tower book series by Stephen King. I would say very loosely based. It has Matthew McConaughey, Idris Elba, and Tom Taylor in it.

I haven’t read the whole book series yet. I will be re-watching the movie once I get through reading the rest of the books. I do have a problem with this movie though. The only good thing was Matthew McConaughey was a great pick for the man in black (Walter).

The main problem is that the gunslinger (Roland) is NOT black. In the first book, he says the man in black is the same complexion which is pallid like him. Pallid means pale not black. Also Jake dies twice in the first book. He doesn’t die at all in the movie. (I did sneak and looked up Jake appears in the other books and he does.) Jake’s father was not a fireman. Jake doesn’t have dreams of the man in black or Roland in the first book. It does say he may have the touch (which I guess the shine as talked in the movie.

Even though there were many differences, it was a good action movie. On Thursday, I’m watching Horns. I will be through listening to the book on Thursday.

I finished reading The Dark Tower I: The Gunslinger by Stephen King. There are eight books in the book series.

Warning: there is a little bit of violence and one sad part.

Before I begin my summary, I should say I have read the fourth book. My mother is a big fan of Stephen King. She had left the fourth book here and I read it a long time ago. I do plan on re-reading it since it didn’t really make sense to me because I hadn’t read the other three books. With the movie out, I decided to read the whole series.

In the book, A gunslinger named Roland is tracking a man in black. He names the man in black Walter. On his journey, he is tricked by the man in black to kill a whole town. He also meets a boy named Jake.  The boy is from another time period which closer to ours. Roland gets visions and advice about the travels ahead. One being that Roland has to kill Jake.  Jake does die, but Roland doesn’t actually kill him.

I did like this book. I have the second book, but I’m not reading it yet. I watched the movie yesterday and I will post about it on Tuesday. On Monday I will start listening to Horns by Joe Hill.

You can get this book at Wordery.com, Amazon.com, Kobo.com, and Downpour.com.

Warning: there is lots of violence and some sad parts.

Note: the creatures are not dragons. I thought it would be dragons, but they are mutant dinosaur looking creatures.

In this movie, some men were looking for black powder which was a legendary weapon. They were attacked by some of the creatures. Two of the men survived, but they ran into the wall of China and was captured. One of the men, William, decides to fight along with the Chinese to get rid of the creatures.

Even though it wasn’t dragons, this was a great movie. I really liked it. Friday I’m watching The Dark Tower. I will be finishing reading The Gunslinger tomorrow.

I finished reading The Power by Naomi Alderman. I had heard about the book on a blog. Overdrive didn’t have it, so I did recommend button because I really wanted to read it. It sounded like it would a good book.  They did buy the book and it came available. I’m so glad I recommended it.

Warning: there is some violence and several sad parts.

Before I begin the summary, I should say I highly recommend this book to everyone. It is an awesome book. One word: wow.

In this book, there are stories of three girls and one boy. The three girls are Allie, Roxy, and Jocelyn. The boy is Tunde. The girls experience a unique power that changed the world forever. The world is turned upside down though not a good way.

I loved this book.  I just read that book will a be a tv series. Now I’m reading The Dark Tower I: The Gunslinger by Stephen King.  If I finish reading it next week, I will watch the movie. 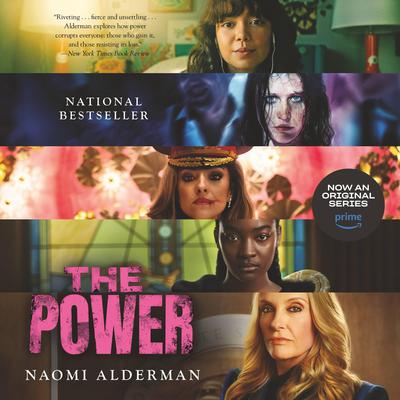 I watched The Lego Movie yesterday. I have been really wanting to see this movie. It has Will Arnett, Elizabeth Banks, Alison Brie, Morgan Freeman, Jonah Hill, Chris Pratt, Channing Tatum, Liam Neeson, and Shaquille O’Neal.

In this movie, there is a Lego world and an outside world. In the Lego world, a lego guy named Emmet finds a relic that can save Lego world. There was supposedly a prophecy that someone special will find the relic and save their world. Emmet thinks he’s not special but learns he can be a leader. In Outside world, a father had been using Krazy glue on the legos. He learns to let his son play the legos.

This movie was so cute. I really liked it. Next week I’m watching The Great Wall and maybe The Dark Tower if I get to read the book next week.

I didn’t say on  Tuesday what I got with my gift cards. With my Kohls card, I got a dark green ribbed shirt. It’s really soft and it fits. I now want the shirt in two other colors.

When me and Chris went to exchange the size of the Sailor Moon jacket he got me, I got the latest Pirates of the Caribbean movie. I wanted to get Sucker Punch, but the store didn’t have it. Yes, I have seen both movies. I also got another bottle of hand soap from Bath and Body Works.

Speaking of her birthday it is the 29th of this month. Also, the 14th would have my grandmother’s birthday.

Also this month some shows come back on. Including one I thought was canceled. I was really surprised that Falling Water is coming back on.

I finished reading Reliquary by Douglas Preston and Lincoln Child. It is the sequel of Relic. I had started the book a long time ago but didn’t finish it until now.

Warning: there is some violence and a surprising twist.

Relic left off where the scientist Greg Kawakita was making a drug out of the plant the Museum Beast craved. He was trying to tame the virus within the plant. He also wanted immortality. In this book, D’Agosta was for a brick of heroin that someone threw off a bridge. He also found two skeletons. Both were headless. One was a teenage girl, the other was a mystery for awhile.  D’Agosta enlists Margo Green and Dr. Frock to help identify both bodies.  Later FBI agent Pendergast shows up to help with the killings that intensify. They do find out who is behind the killings and it the surprising twist.

I did like this book. Now I’m reading The Power by Naomi Alderman.

You can get the book at Amazon.com, Wordery.com, Kobo.com, and Downpour.com. 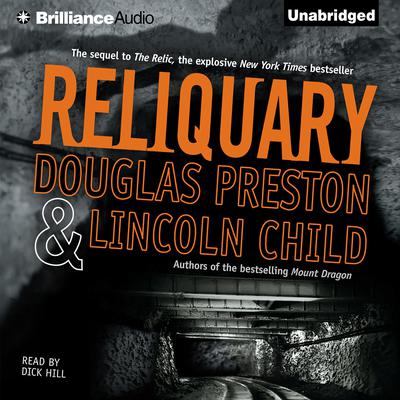 After we saw the old one,  Chris suggested for us to see the new one. It has Dwayne Johnson, Kevin Hart, Jack Black, Karen Gillan, Rhys Darby, Bobby Cannavale, Nick Jonas, Alex Wolff, Ser’Darius Blain, Madison Iseman, and Morgan Turner.

Warning: Be prepare to laugh your head off. I never laughed so much in a long time.

In this movie, A man finds the game in the sand at that beach. He gives it to his son. His son, Alex, is a gamer, but he says no one plays board games anymore. Then the game magically turns in to a video game cartridge. Alex plays it and is sucked into the game. Many years later four teenagers are in detention and they find the video game and decide to play it. They are sucked in as well, but they turned into the characters they picked.They find Alex and with his help, they finish the game.

I really, really liked this movie.