Warning: there is some violence, some sad parts, and some sex parts.

In this book, Anita was going on a date with one of her many men. The date was cut short because she given a present. Inside was a white mask. She went to Jean-Claude to find out what the mask meant. The mask meant a group of vampires were after her and Jean-Claude. She thought it had to do with a vampire “church.” She and Jean-Claude help stop some bad things happening in that “church” and she was investigating two murders that happened at that “church.” The group of vampires that were after them were called the Harlequin. No one knew who the vampires were and no one really talked about them. They sent white masks to be a signal they wanted to talk. If they sent a black mask, they were there to kill you. They couldn’t kill you without sending the black mask first.  Two of the Harlequin tried to kill Anita, Jean-Claude, and Richard which broke the rules. They almost did die. The “church” was actually a decoy. The two Harlequin vampires were using the “church” members’ powers to get enough power to kill Jean-Claude so they could take over the city. Anita and her team did win the battle.

I sorta liked this book. I’m still listening to Skin Trade by Laurell K Hamilton. It is the 17th book of the book series.

A Million Little Things is a new tv show. I had heard about it through an ad about it and I thought I would tape it. I’m glad I did.

Warning: You Will Cry. Have Tissues Ready.

The show is like This Is Us where you will make you cry every episode, but it’s so good. The show is about true friendship, the pain of loss, and struggles of life. The show is about four men who become true friends after being in locked in an elevator. The glue to the friendship is a man named John. John commits suicide. You would think since he is the glue that the friendship would unravel, but his death brings them closer together. There is some mystery to the show of why John did it. His secretary knows parts of why he did it, but she won’t tell anyone yet.

I love this show. I can’t wait for next season.

I watched Warcraft yesterday. I had taped it when HBO was a free preview. It has Travis Fimmel, Paula Patton, Ben Foster, Dominic Cooper, Toby Kebbell, Robert Kazinsky, Clancy Brown, and Daniel Wu in it.

Warning: there is lots of violence and some sad parts.

This movie based on the videogame Warcraft. I never played the game. I had thought about getting into, but it’s not worth paying as a free player. You can go up to a certain point in the game. But I had wondered what the game was about so I taped this movie. In this movie, The orcs’ world died so they followed a mage into a portal to another world. That world is Azeroth. The guardian of Azeroth was supposed to be protecting Azeroth, but he ends up being the one who let the Orcs in because of some powerful magic controlling him. Another guardian and a warrior fight the possessed guardian. Azeroth does become safe again, but the warrior doesn’t believe the king would willingly give up his life so there are hints of more wars later on.

I did like this movie. Next Monday I’m watching The Truth about Lies. It’s a romantic comedy. I will post about it after the holidays.

Warning 1: there is lots of violence and one sex scene. Warning 2: there is some drug use.

Quick Summary: A woman named Libby Day survived a terrible night when her mother and sisters gets murdered. She goes on a journey to find out who really killed her family.

There are a few differences between the book and movie:
1. The loan officer was named Len not Joseph in the book.
2. The police officer was at the slumber party in the book.
3. Diane is not dead in the book.
4. Libby was with Patty and Diane when they go to the slumber party.
5. Libby has a cat in the book.
6. Diondra doesn’t steal Patty’s cross in the book. She steals Michelle’s diary.
7. Crystal mentions a name from that diary and that is how Libby knows Diondra killed Michelle.
8. Libby doesn’t know about the Angel of Debt until after she is safely away from Diondra and Crystal.

I did like the movie. Monday I’m watching WarCraft. I’m waiting on Salem’s Lot by Stephen King. I have it on hold. It will be my last book to movie book

I finished reading Dark Places by Gillian Flynn. There is a movie based on the book.

Warning: there is lots of violence and some drug use.

While reading this book, I had many theories of who killed her family. I ended up being right when I got to the end of the book. It did keep me guessing.

This book is about Libby Day who survives a terrible night when her mother and sisters were murdered. She was only seven years old and she points the finger toward herbrother who did it. The police think her brother did it because he was friends with devil worshippers. Many years later, Libby still thinks her brother did it. She gets a letter from a guy named Lyle who is a leader of a club called Kill Club. They are solvers of crimes. They get her to kinda change her mind about her brother. So she goes on a journey to find out who really did kill her family.

I did like this book. I did watch the movie afterward. Now I’m going to try to finish The Harlequin by Laurell K Hamilton.

I watched Snow White: A tale of Terror a little early in case my power went out (it didn’t) with the snow storm we had. I taped it when Showtime was a free preview. It has Sigourney Weaver, Sam Neill, Gil Bellows, Taryn Davis, and Monica Keena in it.

Warning: there is alot of violence and one sex scene.

I had seen a little bit of this movie before, but I don’t think I had seen all of it. This not a Disney version, it’s Grimm. lol Although it’s not exactly like Brothers Grimm story. (I just read it. And I’ll post it below.) In this movie, Lilliana dies in childbirth. Her daughter is named Lilli. Her father marries a beautiful woman named Claudia. Claudia has a magic mirror. She gets jealous of Lilli because gets all the attention. Claudia asks her brother to kill Lilli. He doesn’t and kills a pig instead. Claudia and Lilli’s father eats what she thinks is Lilli. The mirror tells her that Lilli is alive. Lilli finds an abandon abbey which houses a band of misfits who mine. One of them does fall in love with her. Claudia tries to kill Lilli, but fails. Then she becomes an old woman and gives her the poisoned apple. Lilli is put in a glass coffin. Then she shook awake. Lilli goes to save her father and kills her stepmother and her weird baby that Claudia tries to bring back to life.

I know I’m a little late doing this, but it’s been bad for a few days.

Chris came down for a few days. He went back to NJ. He will be coming down again for Christmas. This weekend they are calling for the S word (snow) and winter mix. Hopefully, I can get my clarinet fixed after the storm happens. I think one of the pads is bad.

I watched Gifted yesterday. I taped it when HBO was a free preview. It has Chris Evans, Mckenna Grace, Lindsay Duncan, Octavia Spencer, and Jenny Slate in it.

Gifted is about a girl named Mary who is very gifted with math. Her mother was a mathematician, but she killed herself when Mary was a baby. Her uncle takes her in. He decides to put her in a regular school. Her teacher notices how bright she is which turns into a big custody battle between the grandmother and uncle.

This was an awesome movie. I loved it. Next Monday I’m watching Snow White: A Tale of Terror. (I think I have seen it before.)

I watched A Wrinkle in Time. There is a book that the movie is based on by Madeleine L’Engle which I finished listening to. I watched it on Netflix. It has Storm Reid, Oprah Winfrey, Reese Witherspoon, Mindy Kaling, Levi Miller, Deric McCabe, Chris Pine, Gugu Mbatha-Raw, Zach Galifianakis, and Michael Peña in it.

Quick Summary: There is a girl named Meg whose her father went missing. Her father is a scientist. Meg, her brother Charles Wallace , and a boy named Calvin go on a wild journey to find Meg’s father.

Even though there were some differences, it is a good movie and I did like it. Next Monday I’m watching Snow White: A Tale of Terror. I will also be watching Dark Places once I finish the book. 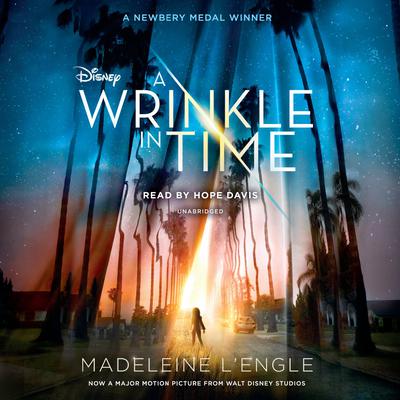