I did watch Suicide Squad yesterday. I taped it when HBO was a free preview. It has Will Smith, Margot Robbie, Viola Davis, Jared Leto, Jaime FitzSimons, Shailyn Pierre-Dixon, and Ben Affleck.

This is a DC (comics) movie. I’m not a really big fan of the comics, but I thought why not see this movie. In this movie, Superman was dead so a task force thought it was necessary to have a new hero. The woman in charge got some super villains together. One was a witch which she thought she could control with the witch’s heart. (I thought this was a crazy idea. I mean, of course, the witch would escape and make her brother into a “human.”) Anyway, the other villains do kill the witch’s brother and the witch (but not the body).

I actually did like this movie. Supposedly there will be a sequel coming out next year. Next week I’m watching The Lego Batman movie.

I love watching old movies. A couple of nights ago on TCM there was a movie coming on called Mr. and Mrs. Smith. It was made in 1941. I decided to see it because I had loved another movie called Mr. and Mrs. Smith. Although it’s not the same movie. I was surprised to learn that Hitchcock was the director. It has Carole Lombard, Robert Montgomery, and Gene Raymond in it.

In this movie, a man named David Smith has been married to a woman named Ann Smith for three years. They have an unusual relationship where if that they have a fight, they can’t live the room. It was three days later and they do make up. Ann asks him if he had to do this all over, would he marry her again. He said no. (be careful what you wish for.) Later that day David is visited by a lawyer who tells him that he is not legally married. The county that they married in was in a different state. David doesn’t tell Ann or even hint about getting married again. So she “dates” other men and even accepts to marry David’s business partner. But in the end, she admits that she still loves David.

This was a really cute movie.

Monday is also my best friend’s son’s birthday. He is going to be 15 this year. I sent him a card Tuesday. I sent it early because for some reason May 28th sneaks on me and I forget to send it.

I love the tv show The Blacklist. It reminds me of The Silence of the Lambs. This season’s finale was a real shocker to me. And I’m little confused.

All this season was about the black duffel bag filled with bones. Kaplan wanted Liz to know whose bones they were. The search was on for that duffel bag. (I thought the secret was that the bones were of Liz’s mother and Red was protecting Liz. I was hoping they would eventually tell whose bones they were.) Another big surprise was that Liz has a “half-sister” (quotation marks because of the finale.) Liz did have justice for Tom’s killer (who was a crooked cop) at least.

The season finale revealed the bones were of the real Red. Liz’s real father. I think the writer’s memories have disappeared. Because in the episode when Liz shot that senator (many seasons ago), she tells Red she remembers how a gun feels in her hands. He tells her that she shot her father when she was little. She told Tom that Red told her that her father is dead. Tom was trying to her that her father is alive. The writers haven’t brought up the topic again since. So that being said, the bones must have been her father she had shot. But why take his name? And how does he know her grandfather?

I hope next season they will have more answers.

Yesterday  I did watch John Wick Chapter 2. I had taped it when HBO was a free preview. It has Keanu Reeves, Ian McShane, Riccardo Scamarcio, Lance Reddick, Laurence Fishburne, John Leguizamo, Claudia Gerini, and Ruby Rose.

Warning: there is alot of violence and it is very sad. Warning 2: cliffhanger ending.

In this movie, John Wick gets his car back without having to kill the new mob boss. But then another guy comes to John with a job. He says no, but the guy has a marker which means he has to do the job or he is dead. The guy ends up burning the house down. (I think this was an unnecessary thing to do. That is why this movie is sad.) John decides to see what the job is. The job is to kill the guys’ sister. Not really an easy task. He ends up not killing her. She kills herself. John then goes after the guy. He does something stupid, in my opinion. He kills the guy on hotel grounds which is a big no-no. John is not killed for doing that yet.

Even though it’s almost as sad as the first one, I did like the movie. There is supposedly a third movie coming out next year. I really hope so. Next week I’m watching Suicide Squad.

My mother wanted to watch a horror movie on Mother’s Day. So we watched The Lair of the White Worm. I had taped it when a movie channel was a free preview. It is based on a book by Bram Stroker. It has Chris Pitt, Sammi Davis, Catherine Oxenberg, Hugh Grant, Amanda Donohoe, Peter Capaldi, and Stratford Johns in it.

Warning: there is some disturbing scenes and some violence.

The movie is about a man named Angus Flint who is an archaeologist. He finds an old skull on Lord James D’Ampton’s property. The skull is actually what you use to summon a white worm. The white worm is a snake-like creature which is supposedly a pagan god. Lady Sylvia Marsh is a snake vampire. She wants to use one of the girls that live nearby as a virgin sacrifice to the white worm. Angus saves the day, but he is bitten and probably turns into a snake vampire.

I did like this movie even though it was racy and cheesy. Like I said on Tuesday I’m watching next week John Wick Chapter 2.

Yesterday I did watch John Wick. I already had taped John Wick 2 from a free preview of a movie channel. I found this movie on a regular cable channel. It has Keanu Reeves (one of my favorite actors. He’s cute.), Alfie Allen, Willem Dafoe (another favorite), Dean Winters (mayhem guy from Allstate. Although shouldn’t John Wick be Mayhem? lol), Michael Nyqvist, John Leguizamo, Ian McShane, and Lance Reddick.

Warning: there is lots of violence and it’s sad.

John Wick is about a man named John Wick. He was an assassin. He got out that life because he got married. She died and left him a present which was a dog. A teenage guy asks John about his car. That night the teenage guy stupidly kills the dog and steals the car. John Wick comes back in that life to kill the teenager which is the son of the moss boss John used to work for.

I liked this movie even though it’s really sad. Next week I’m watching John Wick Chapter 2.

My mother and I did spend the day together. She had brought some stuff to make something for my great-aunt and her coloring books. Although we didn’t color together though. She mostly worked on her present.

While she was doing that, I watched the remaining episodes of WestWorld. It was really good. I’m going to have to find the second season on the computer or wait until HBO becomes a free preview again.

Then we went to the cemetery to visit my grandmother, aunt, and uncle that had died. Then we came back here to watch a movie I had taped. I will post about that movie on Friday.

I finished reading Last Sacrifice by Richelle Mead. It is the last book of the Vampire Academy book series. There is a spin-off book series called Bloodlines, but I have decided not to read those.

In this book, Rose is in jail for the queen’s murder. Lissa gets a plan together without Rose’s knowledge to break Rose out of jail. The plan works. Lissa wanted Rose far away from Court so she and the others can focus on finding out who really killed the queen. Rose kept fighting that idea. She wanted to help find out too. Then Rose gave in because she could find out what the queen meant in her letter that Lissa had a half-sibling. Rose does find the half-sibling by finding her old teacher who turned into a bad vampire. Victor’s brother turned her back into a good vampire. Victor and Rose got into a fight and Rose killed him. Rose figures out who might be behind the murder, but she had to get to Sydney and another alchemist to know for sure. But Rose was wrong on who the murderer was. The person was unexpected. It was Christian’s aunt. Back at Court, it was revealed that Jill is Lissa’s half-sister. The murderer was also called out. Rose defends Lissa and survives, but the bond was severed.

I sorta liked this book. I’m glad Rose survives, but I don’t like that the bond is broken. Now I’m reading Dianetics: The Modern Science of Mental Health by L. Ron Hubbard. There is a reason I’m reading this and I will explain later. 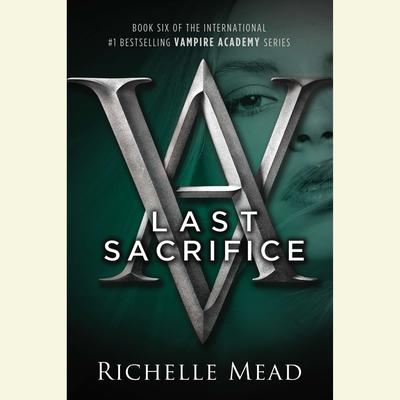 Happy Early Mother’s day!! I tried to convince my mother that I am a mother too because I’m the mom of a black cat. She said no. lol

I still don’t know what my mother and I will do after church. We probably watch one of my taped movies since I have alot of them.

Speaking of movies, last night I watched WestWorld (1973) and FutureWorld. The reason is because I had taped the first season of the HBO tv show and the first episode of the second season. I have been watching the episodes over the past two weeks. I thought the movie had something about the maze in it, but I was wrong.