I decided to re-do the list on Ebay for the books I’m selling. So both books are listed as free shipping. The Blue Dragon book is now listed at 3.50, and The Angels and Demons book is at 4 dollars. There are 23 days left for the sale.

I will be listing soon Earth to Hell if I finish reading it next week.

Here are the books: Blue Dragon

Many years ago, I had a blue paisley turtleneck long sleeve shirt that I loved. The tag in the back of the shirt was itching me so I cut it out. When I took out the tag, it left a medium size hole. I wore the shirt anyway because I would have long hair when I usually wore it and the hole wouldn’t show. I also wore jackets too which hid the hole.

Last year my mother and I went through my clothes and I decided to get rid of that shirt. I hated getting rid of that shirt, but I knew that hole will eventually get bigger. So last Black Friday I saw a mock turtleneck paisley long sleeve shirt. The paisley is done in a blue-greenish color with a black background. The shirt is made by Kim Rodgers. I love the shirt.

I couldn’t find the exact shirt I got, but here’s some that are similar.

The Blacklist is a tv show. Last season was was really good. It was revealed that Liz was alive. Tom and she were going to escape Red. But then they were kidnapped. The man who kidnapped her says he is her father and not Red.

I disagree with the show. I know it’s too obvious that Red is her father, but I would want him to be the father than this other man. In the season premiere, Liz’s “father” tells her that he has a blood disorder and he is going to die. (I think he wants her and her baby so he can drain their blood.) I really thought it was going to end happily where the baby is back with Red, but she has kidnapped again.

I really hope this season gets better.

You find all the seasons of The Blacklist at Amazon.com, Walmart.com, and Ebay.com.
The Blacklist series on ebay 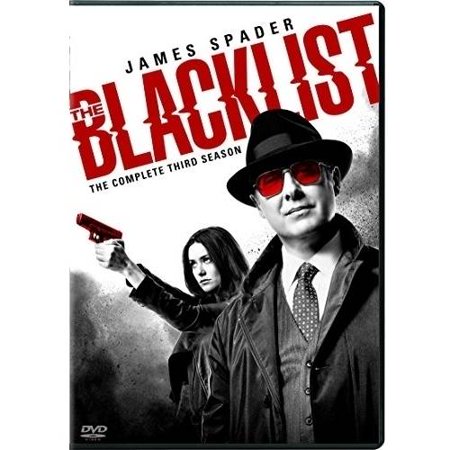 Blindspot was one of the new tv shows last year that was fascinating to me. Blindspot is a woman that was found in NYC in a bag. She was naked with many tattoos on her body. The request on the bag was to give her to the FBI. She couldn’t remember who was she was, so they called her Jane. They found out the tattoos have meanings. Then they thought she might be a lost girl that Kurt knew, but the DNA didn’t really match. It was later revealed that she isn’t the lost girl.

This season there was a big twist that I didn’t see coming. She (and I) is more confused than ever of who the good and bad people are. She has to play both sides so she won’t get killed or be taken by the CIA again.She is in a real dilemma because she told a lie to one side and her lie is about to be revealed. I hope they get some tattoo cases because they are very interesting.

I hope this season gets a little bit better.

You can find the first season 1 on dvd at amazon.com and ebay.com.
Blindspot dvd on ebay

I had watched the two other Purge movies when I visited my mother. I liked them and I couldn’t wait to see this third one. So I watched it yesterday. It has Frank Grillo, Elizabeth Mitchell, Mykelti Williamson, Joseph Julian Soria, Betty Gabriel, Terry Serpico, and Edwin Hodge in it.

Warning: there is lots of violence and some cussing.

In this third Purge movie, the cop Leo is back. He has taken up the task to protect the senator at all costs. She had survived the purge before and was determined to put an end to the annual Purge. The NFFA didn’t like her radical thinking so they changed the rules of the Purge where no one is safe. They planned on killing her. In the end, she survived again and won the election race. But the NFFA supporters were causing chaos afterwards.

I really liked this movie.I hope they make a fourth movie. I would like to see either a prequel or to see what happens next. I’m watching next week Left Behind (the new version)(I will be seeing the old version after next week)

You can all three Purge movies at Walmart.com, Amazon.com, and Ebay.com.
Purge Election Year on ebay

Clixsense and Neobux are paid to click sites. You click to look at ads. I had thought these sites were scams, but they aren’t scams. They do pay. Both sites, you have the option to do offers and mini jobs on Crowdflower. Since Crowdflower flagged me, I have decided not to do the mini jobs on the sites. I do the video offers. they also have surveys you can do, but I don’t them because you have to qualify to do them.

My update on Clixsense: I did make it to 8 dollars, but I found out that your first time cashing out, you have to have 10 dollars to cash out. So I did get to 10 dollars and I’m supposed to be getting a check in the mail on Oct. 10th. Then on the back of the check will be a PIN code. Once I fill that out, I will be able to cash out through paypal after that.
I also found out that around 5am is the best time to do the site because they have hundreds of clicking opportunities. I still haven’t won money on Clixgrid game, but I have again won chances.

My update on Neobux: I cashed out again at 4 dollars. and I did get paid through paypal. On Neobux, they have an option of rented referrals.  I had thought I would never try out that option because I thought it would be too expensive. But it’s not. You have the option to pay for the referrals through your main balance. For 3 referrals, you pay 6 cents. For 5 referrals, 1 dollar. For 100 referrals, 20 dollars. So before I got to the four dollar mark, I decided to give the rental referrals a try. I got 5 referrals to start with. At first, I thought the option wouldn’t be good for me because they only click 4 ads. But now they are clicking alot better. You have the referrals for 30 days. You can extend them in blocks of 15 days. I’m not extending them since I just wanted to give this option a try. I might get some more later on.

Many years ago I had some green jeans. Those jeans got too little and I got rid of them. Then I got some low rise cargo jeans made by Mudd. I love those jeans. I usually wore for St. Patricks Day. One year I couldn’t find them and I ended up wearing some my mother’s green jeans that had a hole in them. I finally found those again and threw away my mother’s jeans.

This year I discovered those green cargo jeans didn’t fit anymore. I was really sad about that. So for my birthday I find some Gloria Vanderbilt green cargo pants. I loved them. They are very comfortable.

I just watched the season 2 season finale. It was good. But it was really confusing. I can’t wait for season 3. I’m not sure if I will give the dvd set of season 2 to Chris yet.

We had to jump through hoops to get answers, but at least the season finale does give us some answers. The FBI does know about Elliot, but they don’t think he is the ring leader. they think Tyrell is the ring leader. and Tyrell is not dead. (which I’m glad about.) Now I understand why Mr.Robot wouldn’t tell him that Tyrell was alive. Elliot is very fragile after seeing that Tyrell is alive.

There is now only silence until next season.

If you still haven’t seen this awesome show, you can get season 1 at Walmart.com, Amazon.com, and Ebay.com.
Mr. Robot on ebay 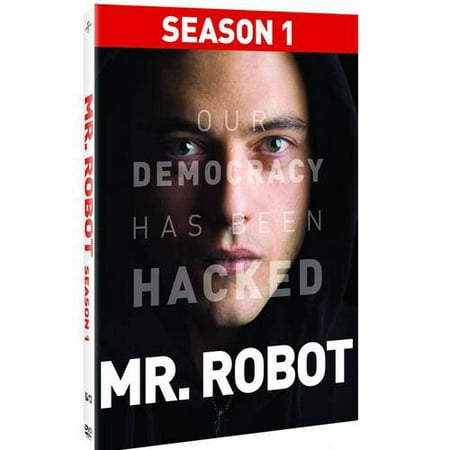 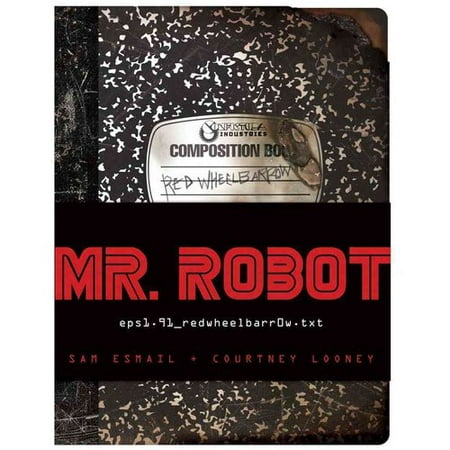 American Gothic 2016 is about a family named Hawthorne. They end up being part of murder mystery case. The summary on the CBS website is very deceiving. It says the killer comes back after being gone for many years. Most of the show points to Garrett because he does comes back after being in the woods for many years. (My mother kept saying that it can’t be Garrett because it’s too obvious. She was right.) The season finale did have a twist I didn’t see coming.

I don’t know if there will a season 2. One website says there will be another season, though. If there is, I will definitely watch it.

You find the show on Amazon.com.

Shop Amazon Instant Video – Rentals for $1.99 and Under

There are two more days of auction of the two books I’m selling.

Here are the auction books on ebay: Left Behind book 1

If they aren’t sold, I’m giving them away.