Mother’s Day is May 8th. My mother won’t be here this year for Mother’s Day which I’m sad about. I am sending her a Mother’s Day card next week. I told her I’m sending it next week and she said that Mother’s Day is early this year. I think it is; don’t you?
I’m supposed to see her at the end of May anyway. She wanted me to visit her earlier, but I told her that I rather go when it’s warmer.

My best-friend Jessica is a mother too. I guess the stuff I got her at the Pickle Festival I went to last weekend could double as a birthday and Mother’s Day gift.

Mother’s Day will hard for Chris though. His mother died a few years ago.She had cancer. He says he will be coming down next week maybe he can stay until Mother’s Day so he won’t be lonely.

I’m not a mother so I won’t be getting any gifts unless our church does what it used to do. Our preacher used to ask all the women who are 18 and over to stand up. We were given bookmarks or flowers. I think last year we were given carnations. I picked a pink one since I love pink.
Happy Early Mother’s Day to all the mothers out there!!

“Do not go gentle into that good night,
Old age should burn and rave at close of day;
Rage, rage against the dying of the light.”

Above is part of a poem by Dylan Thomas. It was mention a lot in the book series called Matched. The Matched book series is written by: Ally Condie.  The books in the series are Matched, Crossed, and Reached. (I just finished reading Reached last night.)

I really liked this book series. There is talk that there will be movies of the book series which is great.Last night I was fearing that the end of the third book would be like the  Divergent series and be sad. Or be rushed like the last Hunger Games book, But it was a happy ending and it wasn’t rushed. That poem though did stick in my head a lot.

The Matched book series is set in the future. They are about girl named Cassia who is matched with two boys. Being matched means you have to date that person, and marry that person. She is the only one who was matched with two boys. The two boys are Ky, and Xander. She ends up falling in love with Ky. In Crossed, Ky leaves to join an military operation. Cassia goes to find him, and she does find him. In Reached, they are separated again. But Cassia does make it back to KY, but under dire conditions. But the dire conditions go away with Cassia’s help.

You can pick up this great book series at amazon.com.

Before Christmas, I asked Chris if he had seen the tv show Mr. Robot. When he said no that is when I decided to get him the DVD set of the show. So I asked him if he has seen the movie Fight Club. If he hadn’t seen it, I would have to bring it with me at Christmas. He said he had. I also asked him if he had seen American Psycho. He said no. So I decided to bring it with The 40 year old Virgin.

American Psycho is based on a book by Bret Easton Ellis. I haven’t read the book yet. But I think I will. The movie is a spoof of 1980’s. It follows a man named Patrick Bateman and you watch him slowly go insane.

After watching the movie, I asked Chris if he thinks that everything happened they did, or if Patrick just imagined everything. Chris thinks he imagined everything, while I think everything happened the way it did.
There was a sequel called American Psycho 2, but I don’t think it was as good as the first one. The second movie is about a girl who also goes slowly insane.
I also found out there is a Broadway musical of American Psycho. I might have get Chris to get me tickets to see next time I go up to NJ.

You can get the movies, and the book at Amazon.com.

After reading The Thousand Autumns of Jacob de Zoet, I read Black Swan Green by David Mitchell. I did like the book, but some words I had to look up because I don’t know England slang. I’m American. Also the book has some events I didn’t know about that happened in England. Also the book has a weird ending. The book was still a good book to read.

Black Swan Green is set in 1982 in Worcestershire, England. Black Swan Green is about a thirteen year old boy whose name is Jason Taylor. He has his first crush, and his first kiss. It is a coming of age book. It does have a small mention of a restaurant named The Thousand Autumns. lol  By the way, Black Swan Green is a lake where Jason and boys played on.
You can buy and read this good book at Amazon.com.
<img src="http://ws-na.amazon-adsystem.com/widgets/q?_encoding=UTF8&ASIN=0812974018&Format=_SL160_&ID=AsinImage&MarketPlace=US&ServiceVersion=20070822&WS=1&tag=jessy3640-20" border="0" /http://rcm-na.amazon-adsystem.com/e/cm?t=jessy3640-20&o=1&p=20&l=ur1&category=amazon_kindle_oasis&banner=12Z1FFY76P01GZSPQ102&f=ifr&linkID=ZO35IQZCJ2FWRQCN

Chris turned 40 years old on Christmas Day. So when I went up there (NJ) this Christmas, I thought it would be very fitting to bring the movie The 40 Year Old Virgin with me. We both have seen the movie before and he left the movie here years ago. So we watched the movie again on his birthday. We both liked the movie.

The 40 Year Old Virgin is a romantic comedy about a guy who is 40 years old and he is still a virgin. He falls in love with a woman who owns an online store. At the end he marries her and he finally has sex. 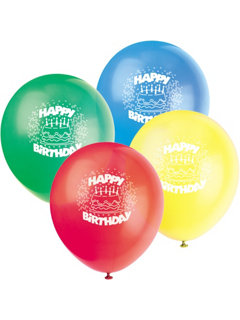 Yesterday was my mother’s best-friend’s birthday. Her name is Karen. When I was little, I had a hard time with saying her name so I called her KK. I still call her KK.
Today is my best-friend’s birthday!! Her name is Jessica too. She is going to be 37 years old. But I won’t be able to celebrate with her this weekend. I have known her since third grade. I asked Jessica why can’t we go backwards we hit a certain age? lol She has always for there for me and I love her for that.
http://rcm-na.amazon-adsystem.com/e/cm?t=jessy3640-20&o=1&p=48&l=ur1&category=gcbirthday&banner=15JGHERRC9YNQ3PDJY82&f=ifr&linkID=PDE65MS7HDIU2PDJ

After reading Cloud Atlas, I wanted to read the other books that David Mitchell wrote.
The second book I read by him is called The Thousand Autumns of Jacob De Zoet. The descriptions that websites put about this book does not do the book justice.
Do not let those descriptions turn you from this book. The Thousand Autumns of Jacob De Zoet is a great book.

The Thousand Autumns of Jacob De Zoet is set in 1799. Jacob De Zoet is an bookkeeper for the Dutch East Indies Company. The Dutch East Indies Company made landfall in Dejima, Japan. Jacob ends up falling in love with a doctor’s assistant, but they can’t ever be together. She ends up being sold to a bad guy. Jacob ends up making an effort to save her.

There was some sad parts in the book, but it is still a great book to read.

A few years ago when the first Kung Fu Panda came out, I saw it alone. I really love the movie and I thought Chris would like it too. I think the first one had a really good moral to it at the end. So I bought the movie for Chris for his birthday/Christmas. And he did like it.

Then when the second one came out, I watched it alone again and bought the second one for him for his birthday/Christmas. I liked the second one too. I thought I would have to buy the third one for Chris this coming Christmas, but I don’t exactly have to.

For my birthday, Chris came down. (He lives in NJ and I live in NC.) The movie was still at the theaters!! But we got there late, so we ended up staying to see the first of it. Chris was sick, so I doubt he really enjoyed the movie. Hence I might have to buy the movie anyway.

Kung Fu Panda 3 is about Po’s biological father comes to see his son at the village. The reason being that Kai has awaken and is on earth. Po has to get everyone working together  in order to beat Kai.
Like other Kung Fu Panda movies, this one also has a great moral to it.There will be a 4th movie coming out soon. I can’t wait.

My second new favorite author is David Mitchell. He’s not new to writing, but new to me. I have read most of all his books,. There are two that I want to read, but haven’t yet.
The book I’m talking about today is Cloud Atlas by David Mitchell. There was a movie based on the book. But I think the book was a lot better than the movie. It’s an awesome and mind blowing book.

If you want to have your mind blown, check out this awesome book and movie on Amazon.com.

At Christmas, Chris wanted us to go out while the maid was going to clean up the house. So he suggested for us to go see a movie at mall. The only other movie I wanted to see was the new Star Wars movie. He kept saying the movie would probably be sold out.

So I picked out two movies. The Big Short, or Point Break. Chris picked Point Break. The movie was in 3D. I hadn’t seen a 3D movie in a long time. I was little afraid because those old fashioned 3D glasses didn’t fit over my glasses too good. I reread the IMDB description of it again and I decided it sounded good.

The movie theater was an eat-in theater which was really cool. I wish our theater was one. The 3D glasses did fit over my glasses perfectly. The movie was awesome in 3D.

Point Break is a remake of an earlier version. I haven’t seen the earlier version yet. The movie is about a FBI agent that goes undercover to stop some extreme sport athletes from doing heists.