I said I wouldn’t be able to post on Thanksgiving and Black Friday. Well, Sunday Chris said he could come down that night. He left to go back up to NJ this morning. I did get talk to him about our trip to Las Vegas.

Thanksgiving was nice. My mother did come down. She left on Sunday morning. We went to my great-aunt’s house. Some of the family was there. My uncle decided to give me his camcorder that takes pictures instead of me getting a new camera. The only problem is that he didn’t give me an AC adapter and he said I might have to get a new battery for it. I looked everywhere for a battery and an ac adapter for that camcorder. None of the stores around here sells it.

Last year I had watched all the Dollanganger movies. When I watched If There be Thorns, I really wanted to read the book. I had found out the Overdrive had the ebook, but I didn’t have a recent library card. Before I got the ebook, I told my hairdresser about it. She said I should read all the books, not just the third one. So I read the first book. But then I noticed that Overdrive didn’t have the second book. So I read some of the samples from other sources.

Then recently I found out they had the second book, Petals on the Wind. So I got it and decided to read the rest of the series. Sadly they still don’t have the fourth book so I have to read it online.

Petals on the Wind takes place after the first book. The three children try to go to Florida, but Carrie is really sick. Luckily, a black woman works for a doctor and helps them out. That doctor takes them in. Cathy later marries a male dancer named Jullian. He gets killed in a car wreck. She has his baby. Her son is named Jory. Carrie does fall in love but later kills herself. This drives Cathy to go ahead with her plan to get revenge against her mother. She has an affair with her mother’s husband. She ends up having his kid. She names the other son Bart. In the end, her mother’s husband dies in a fire that her mother set. And the mother goes insane.

This book series is sick and twisted. Now I’m reading If There Be Thorns, and the Anita Blake book set came available too. So it looks like I will reading alot over this holiday.

You can find this book at Wordery.com, Amazon.com, Downpour.com, Walmart.com, and Kobo.com.
book 2 on downpour.com

This week’s movie is The Monkey King 2. Like I said last week, I wanted to see this because of a martial art book series by Kylie Chan. The Monkey King does make an appearance in one book I read. The movie has Aaron Kwok, Kelly Chen, and Li Gong.

Warning: there is one sad part.

The Monkey King 2 takes place after the first one. The Monkey King was banned to a mountain for 500 years. A monk goes to the mountain. He is chased by a tiger and releases the monkey king. The goddess of mercy was telling him to go with the monk to the East. The monk was on a journey to get some scrolls at a temple in the East. On their way, they met two demons. One was a pig and the other was a blue muscle man. The demons said they were to go with them too. Soon they were in a town where children were taken. A rumor started that it was a white witch that was taking the children. But it was actually a king who was cursed. The white witch wasn’t mythical. She was real. She wanted to eat the monk to give her immortality. In the end, the white witch dies inside the monk and the monk asks the monkey king to kill him.

I really liked this movie. I read that there will be a third movie. Next week I’m watching the League of Gods.

You can find this movie at Amazon.com and Walmart.com. 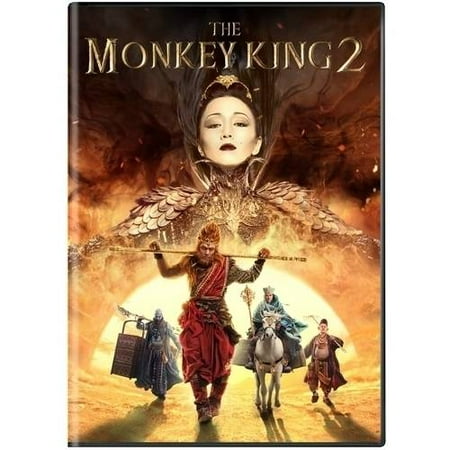 The How to Get Away with Murder season finale was so predictable. I was sadly right about who was under the sheet. I do want to see next season.

In the season finale, we learn that Annalise is accused of a murder. It turns out that Rebecca’s body was found in the woods. Wes wants immunity to testify against her. Annalise finds out that is the DA is investigating her. So she comes up with a plan for her dilemma. She calls everyone to her house. But then the house blows up. Laurel does wake up, and it is revealed who is under the sheet. (at first, I thought I was wrong and that it was Nate) It was Wes. Just like I predicted. Only the twist was that it was revealed that Wes was dead before the fire. That is why I want to see next season to find out how he died and who killed him.

Next season starts in Jan.

You can find the other seasons at Walmart.com and Amazon.com.
season 1 at walmart

Many years ago I had some pretty patent shoes with little heels. I loved those shoes. A few years ago my mother got into one of cleaning moods and kept fussing about the shoes. They were scuffed up, but I didn’t care. I could call them black and white shoes. She refused and made me throw them away.

A few months later I made her take me shopping for some more white shoes since she threw those away. We could hardly find any white shoes in the store. I found some at last. They were little white sandal dress shoes made by Nina.

But one year when I wore them at Easter, my feet froze. So I looked up some shoes at payless. They had some cute ones, but they were only online. We went to the store anyway. Their shoe sizes aren’t normal. I found some cute white ones, but they are too wide. But I got them anyway. I did wear them to church a few times.

Flash forward to the present, I am hoping to take a trip soon with Chris. I thought about making a strap for those payless shoes. Chris is way taller than me and I usually can’t keep up with him. But when I tried them on a few days ago, my big toe is hitting the end on them. So I have decided to give them away.

Next Thursday is Thanksgiving. I have decided not to post that day. My mother will be visiting. So Happy early Thanksgiving!!

Then next Friday is Black Friday. I have decided not to post on that day too. I hope to be shopping that day. I hope to get a camera and a duvet. I know I will be getting two Kindle books and a dress. I won’t be able to have enough Amazon gift cards by next Friday to get the duvet.

I will post tomorrow and next Monday through Wednesday.

I love and dislike the show. This season finale didn’t reveal anything. They promised they would finally reveal something. An empty promise. I read an article saying that The Blacklist may be canceled. But they are doing a spinoff though.

Anyway, in this season finale, Alexander Kirk goes completely crazy. He keeps saying that Red had falsified the dna test. The test had come back saying she was not a match to Kirk. Red didn’t falsify the dna test. Kirk again kidnaps Liz. Red finds out where they are hiding and stands in place for Liz. He also has a gift for Kirk. A doctor that will cure him. Kirk tortures Red. Under duress, Red says he is her father. (but does that mean anything? I mean it’s under duress) Red ends up telling Kirk something that we don’t hear. Then Kirk is gone. (I do think Liz’s mother falsified the first dna test so Kirk wouldn’t find out that Liz isn’t her daughter.) At the end, Liz says she believes Red and that she did shoot her father.

I can’t wait for Jan. Hopefully, someday he will finally say it.

You can catch up on the other seasons of The Blacklist by going to Amazon.com, or Walmart.com.
The Blacklist season 3 at Walmart

The Blacklist season 2 at Walmart

The Blacklist season 1 at Walmart

This week’s movie is The Monkey King. I have been reading a martial arts fantasy book series by Kylie Chan. In the books, they have Shens which are spirits or gods in ancient Chinese Mythology. In the last book, I read the monkey king was in it. This movie is his story. Side Note: I read an article last week that there will be movies made of the book series by Kylie Chan. The Monkey King was made in 2014. There will a new movie which basically the same that will come out the 30th.

Warning 1: there are subtitles in this movie. Warning 2: this movie is a little silly and it does have one sad part.

I did like this movie. Next week I’m watching The Monkey King 2.

You can rent this movie at Walmart.com, or get it at Amazon.com.
The Monkey King for rent on Walmart.com

I finished listening to Nicolae this past weekend. Nicolae is written by Tim Lahaye and Jerry B. Jenkins. It is the third book of the Left Behind book series.

Nicolae takes place after Tribulation Force. After the preacher died, Buck, Raymond, and Chloe did have a memorial service for the preacher. The secretary of the church had printed out the preacher’s notes for them. Buck ends up doing an uncover mission to save the rabbi from getting arrested.The rabbi was accused of killing his step-children. Buck does safety get him out of the country. The rabbi is put in the underground shelter. Nicolae is warned about earthquakes, but he doesn’t believe it. The earthquakes happen. The secretary of the church dies in the earthquake.

Even though the book ending in a cliffhanger ending, I really loved this book. To rest my ears a bit, I’m reading now Bloody Bones by Laurell K. Hamilton. I will listen to the next book soon.

You can find Nicholae at Downpour.com, Wordery.com, Amazon.com, and Kobo.com.

As I said before, I used to do online work on Crowdflower. They banned me from the working on that site. I didn’t do anything wrong, but they banned me anyway.

The online work I do now is paid to click sites, Mylot, Textbroker, and Clickworker. Today I’m posting about Clickworker.

The mini jobs include searching people and companies on different search engines. They also have surveys and voice recording jobs. They pay through paypal and they pay either on Wednesdays or Thursdays.