I finished reading Cell by Stephen King. There is a movie based on the book which I saw before finishing the book because it was driving me crazy.

Big Warning: there is lots of violence and gross parts. Big Warning 2: there is a few sad parts and a cliffhanger ending.

The book follows a man named Clay Riddell. He is a comic book artist. He doesn’t own a cell phone, but he sees something terrible happen to people who do own cell phones. A cell phone signal makes people go crazy. He meets a man named Tom who says his cat broke his cell phone. Then they meet a girl named Alice who had to kill her mother. They three travel to Maine to help Clay find his son. They do meet some other people who do help them along the way.

This book reminds me of the book Zoo by James Patterson. Zoo was about animals going crazy, but this one is about humans going crazy. I did like this book. Now I’m listening to AWrinkle in Time by Madeleine L’Engle. 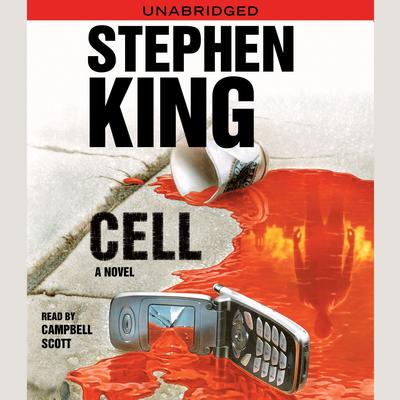