I finished reading Dark Tower V: Wolves of the Calla by Stephen King. There are eight books in the Dark Tower book series.

Warning: there are some gross parts and there is some violence.

In this book, Roland and his friends are traveling in the woods. One of them senses that someone is following them. Roland says that there is a group following them, but not to worry. Then one night Eddie, Oy, and Jake travel to NYC. They fade in and out. While there in NYC, Eddie, Jake, and Oy sees the other Jake in 1977. (Spooky) The other Jake goes into the bookstore. Jake tells Eddie they shouldn’t go inside, but Eddie does anyway. People sense them, but can’t see them. Then the other Jake leaves. Jake tells Eddie this is when he goes to see the rose. He really wants Eddie to see the rose. But Eddie sees the car of his former drug boss. So they linger at the bookstore to see Calvin Tower get beat up. It was over a contact of the vacant lot where the rose is located. Later Eddie gets idea to get Calvin Tower to let them buy the vacant lot from Tower. When Eddie does talk to Calvin, he learns that everything is connected.  Meanwhile, Roland finds out that Susannah is another person again and she is pregnant with a demon (perhaps). Roland keeps this secret until Jake finds out and then he tells Eddie.   The group following them make themselves known. They tell them that they need help because wolves are coming to take their children. The children come back with part of their brain missing and they end up giants. They end up dying young. Roland agrees to help, but some people won’t like it. One of the group is a priest who has another part of the Wizard’s Rainbow. The ball is called Black Thirteen which will help them go anywhere and any when. The gunslingers find out the truth to the wolves. Roland has a plan of deception which throw off the wolves and they win.

I had thought this book sounded like the movie The Village because the whole town, Calla, was so frightened by the wolves to anything about it. A select few knew what the wolves were and how the info was passed on to the wolves. The difference though the wolves weren’t people like in The Village.  Even though there were some gross parts in the book, I liked the book. Now I’m reading The Dark Tower VI: Song of Susannah by Stephen King. 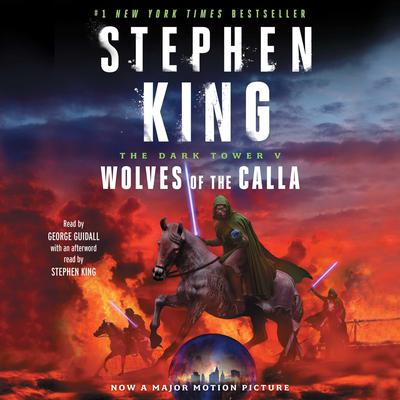