I finished reading Graduation Day by Joelle Charbonneau. It is the third and final book of the Testing book series.

Warning: If you can’t handle The Hunger Games, then this book is not for you.

In this book, Cia does become a spy for the rebellion. She is assigned to work with the President. She discovers that the first assignment the President gives her is a test. While on a test set by the University, Cia realizes that someone is living on an airbase. She and Tomas go back to the airbase and find out the rebels were there. She also finds out her brother is one of the rebels. Her testing guide tells her that the rebels are set to attack within a matter of days. They need info to give the President to get The Testing to stop. She and another student go to the airbase to take the info to Cia’s Testing guide. He gives it to the rebel’s leader and is killed. She finds out the rebel factions are designed to kill each other and Dr. Barnes will continue The Testing. She tells this to the President which ends up being a bad thing. The President gives an assignment to kill twelve people who are part of The Testing. She enlists some other students to help her. She goes behind the President and decides to kill only five people on the list. In her task, she finds out that the people that are Redirected aren’t killed. They are experimented on. (I thought this is what really happened ever since she said the animal she killed looked human.) When she goes to kill Dr. Barnes, she learns that the President really wanted The Testing to continue. Cia was tested on if she really could kill Dr. Barnes. She doesn’t, but another student does and tells the President that Cia did it. The President lets Cia visit the place they experimented on the students that failed. She finds two of them unharmed and brings them home. (I was glad they were unharmed. I was afraid one of them was the one she killed.) The President keeps her promise and gets rid of The Testing. But Cia isn’t convinced and she heads out to make sure it doesn’t happen again.

Even though there were some sad parts, I really enjoyed this book. Now I’m going to read The Wizard and Glass by Stephen King. It is the fourth book of the Dark Tower series. It is a reread for me. 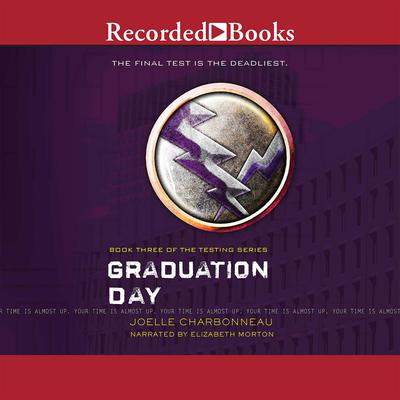