My uncle had texted my mother a picture of a bear. My mother told him that he needs to see the movie The Revenant. So she decides that this weekend we should see it. She is probably going to rent the movie.

Also one of my favorite shirts has a small hole in it. So I’m hoping to get a new shirt to replace it.

Here is a picture of the Iris that finally came up.

I finished listening to The Emperor’s Tomb by Steve Berry. It is the 6th book of the Cotton Malone book series. There are 12 books in the series.

This book deals with China, oil, and the Terracotta Army. In this book, Cotton Malone gets a video of Cassiopeia Vitt being tortured.  She was kidnapped while on a mission. She said she gave the thing to Cotton. Cotton didn’t know what she was talking about. Later he finds out her mission was to save a boy who had been kidnapped. But to save the boy, she had to get a lamp. The lamp was filled with oil. Cotton almost dies trying to help Cassiopeia. He thought she died by falling in a cold river. (I was afraid she died too. I don’t want her to die.) She didn’t. In the end, the good Chinese politician won the battle, and the oil will be announced to the world.

I find the terracotta army fascinating. I found a website about it (below).

I really liked this book. I’m going to take a break from Steve Berry. I need to finish the Left Behind series before our church gets through with the book of Revelation. Next, I’m listening to Desecration by Tim Lahaye and Jerry B Jenkins.

You can get The Emperor’s Tomb at Wordery.com, Kobo.com, and Downpour.com. 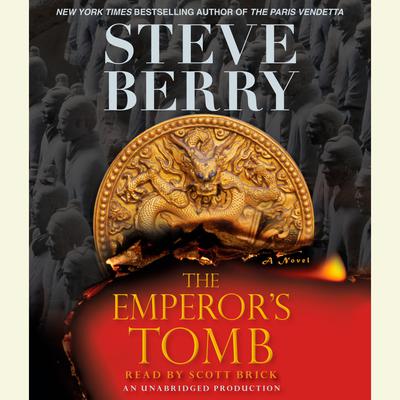 I finished reading The Paris Vendetta by Steve Berry. I didn’t like that he kills off one great character.  This is the fifth book of the Cotton Malone book series. There are 13 books in the series.Warning: there is lots of violence and one very sad, sad part.

Warning: there is lots of violence and one very sad, sad part.

This book deals with Napoleon, terrorism, and money.  In this book, Henrik Thorvaldsen is determined to kill the men who killed his son. He does kill one man, but the other one is looking for Napoleon’s lost treasure. A woman who is head of a club of wealthy people is also looking for it. Henrik uses the club to get close to that man. Another ends up killing that treasure seeking man and Henrik. Cotton does find the lost treasure and hands it off to the French.

I don’t think Henrik should have died. Yes, he was old. But he was a great character. Sad. Next I’m listening to The Emperor’s Tomb by Steve Berry.

You can get The Paris Vendetta at Wordery.com, Kobo.com, and Downpour.com. 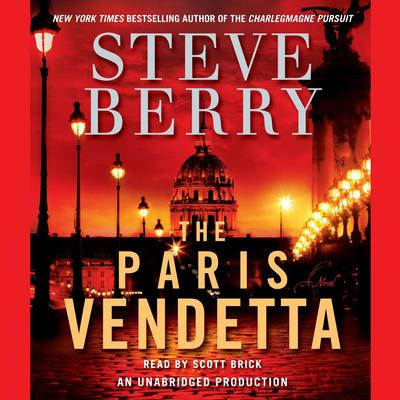 To continue my Pirates marathon, I watched Pirates of the Caribbean: On Stranger Tides. I had seen it, but I had forgotten most of it. It has Johnny Depp, Penélope Cruz, Geoffrey Rush, and Ian McShane in it.

In Pirates of The Caribbean: On Stranger Tides, Jack Sparrow is sorta on the hunt for the fountain of youth. There is another Jack Sparrow looking for the same. The other one is actually Jack’s ex-girlfriend. She says she is Blackbeard’s daughter. Barbossa has a grudge to settle with Blackbeard. Jack ends up saving his ex-girlfriend.

I do like this movie.This is the last of the Pirate marathon. Next week I’ll start an Ice Age marathon.

July 4th was ok. I did get to sit at the pool for a short while. There were too many kids in the pool for me to get in. I found out one of my cousins (his wife and kids) are moving to Georgia. It’s good he found a great job, but they won’t be at the get-togethers that often anymore. They just had a baby girl. Then it started to started storm.

I hate waiting. I’m waiting on getting two more gift cards so I can finally get two pairs of pants. I have two stirrup pants. Yes, I know. I’m wanting to get rid of them finally. The pants I want to order are really cute.

Also, I’m waiting on Clixsense to change their website.They are getting rid of the paid to click ads which mean I won’t be able to work on that website anymore. I already cashed out and I’m waiting for that money.

Also, I’m waiting on Dante’s Interno to come available. I found out that the other library thing that is like Overdrive (RB Digital used to be OneClick Digital) has the other two books on the Divine Comedy.

Here are some more flowers.

I finished reading Paradise Regained by John Milton. It is the sequel to Paradise Lost which I listened to last week.

Paradise Regained was easier to read.  It is about Jesus getting tempted by Satan. He gets tempted five times.  Of course, Jesus wins.

I did like this poem. Now I’m reading The Paris Vendetta by Steve Berry.

You can get Paradise Regained at Wordery.com, Kobo.com, and Downpour.com. 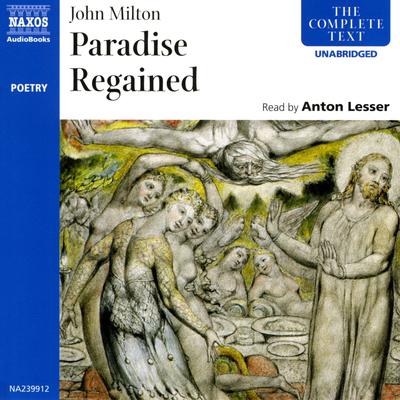 Happy 4th of July everyone!!

Today my mother and I are going to my great-house. I might be sitting at her pool if it’s not raining.

Chris won’t be here. He is going to Oregon to see a house he is going to sell. The month of July is not really busy for me. I will be continuing the latch hook rug and reading books.

Here is another picture of some flowers.

To continue my Pirates marathon, I watched At World’s End. It has Johnny Depp, Geoffrey Rush, Orlando Bloom, Keira Knightley, Bill Nighy, and Stellan Skarsgård in it.

Like I said, I couldn’t remember how Will Turner got cursed. He died and came Capitan of the Flying Dutchman. Instead of stabbing the heart himself, Jack made sure it was Will. Elizabeth becomes the pirate king and leads the fight against the English and Davy Jones.They do find Jack and bring him home.

I do like this movie. Next week I’m watching Pirates of the Caribbean: On Stranger Tides. After I see it, I will start an Ice Age marathon.