I finished listening to Glorious Appearing by Tim Lahaye and Jerry B Jenkins.  It is the 12th book of the Left Behind book series. There are 16 books in the book series.

In this book, the Rabbi got the Remnant to come down with a video of Lockridge called My King is. (The man,  Jack Sondericker, who reads these books do have a great voice. But he didn’t do the video justice. Our preacher used to play it every Easter.  I’ll post it below.) Rayford got really badly hurt. (I thought he died.) He didn’t die.  Rayford was healed when the sign of God appeared in the sky. The battle wasn’t a battle.   All of the GC were killed on the spot by Jesus. Nicolae and the false prophet were cast into the lake of fire. Satan was bound. The next day the believers that did nothing with their faith were judged. Then the saints and Tribulation saints appeared. Rayford and the others were reunited with friends and family.

I loved this book.  I’m going have to take a small break from Left Behind because I’m waiting on the last two books. So I’m reading next The Handmaid’s Tale by Margaret Atwood.

Here is the video: https://www.youtube.com/watch?v=yzqTFNfeDnE

You can get Glorious Appearing at Wordery.com, Kobo.com, Downpour.com. 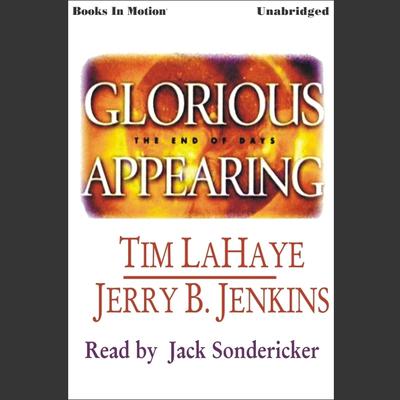