As I said earlier, I had to give away my white sandal dress shoes and my payless white flat shoes.
Since I was wanting to get that pink dress for my Las Vegas trip, I decided to get some pink booties. I wanted to shoes that wouldn’t twist my ankle and I could walk fast in them.

When I got them, I did try them on right away to make sure they would be perfect for the trip. They fit and they feel great on.

As it turned out, I ended up wearing them twice on my trip. I hurt the back of my heel when we were rushing to get on the second flight going to Las Vegas. In case we had to rush to get to the flight going back home, I wore the booties. The booties did come untied a few times, but they didn’t hurt my feet.

They have a women’s and girl’s size in this bootie. Here is the bootie I got:

Many months now, I have been following a blog by a man named Kent Wayne. He’s an author. He wrote the books Echo Volume 1: Approaching Shatter and Echo Volume 2: The Taste of Ashes. He writes funny ads for his books. He also writes musings of thought invoking stuff. I had got Volume 1 for free when he had the book on a promotional giveaway. I read it and loved it even though I’m not into war books. I was going to get Volume 2 on Black Friday, but it ended up being after Black Friday. I finished reading it Sunday night.

Warning: the book has some violence and some cussing.

Echo Volume 2: The Taste of Ashes takes place after Echo Volume 1. Echo Volume 1 & 2 are about a man named Atriya. He lives on a planet called Echo. He is in a military unit called The Crew. At the end of Echo Volume 1, Atriya is on a mission which normally would be easy, but it was very hard. For one, the others in the group are wanting to kill him. They want to kill him because they are part of a religious group called the Jury. Atriya had made one of the members mad who was his old boss. Another reason it was hard because there were more “evil” people in the warehouse than what was said previously. (At one point, I was a little frustrated at Atriya because he hesitated instead of taking out the auto guns. But later on, I figured out why he did save his partner.) Atriya does make it through by the skin of his teeth and impressed the others.

I really did like this book. Kent Wayne did write a third book. It is supposed to be on Kindle soon at a lower price. I plan on getting it at that low price, but it will be a long while before I read it. Now I’m reading Feedback by Robinson Wells.

Here is Kent Wayne’s blog:  Dirty Sci-Fi Buddha. You can order the books on his blog.

I did watch The Bourne Legacy Monday. Yes, I know it doesn’t have Jason Bourne in it, but I wanted to watch it anyway. I never saw it. It has Jeremy Renner, Rachel Weisz, and Albert Finney in it.

Yes, they talked about Jason Bourne in this movie. It takes place when they were hunting down Jason in the third movie. In the movie, we learn that there were other programs running besides the one Jason Bourne was in. This other program was much worse. They were enhancing DNA into the assassins. Making them more superhuman. With Jason Bourne on the loose, they decided to kill the assassins in the other program. One assassin faked his death, Aaron Cross. But he was running low on meds which came him the superhuman ability. He got help with a doctor to get a virus that would help him. Later he escapes.

Even though people say not to see this movie, I really liked it. Next week to finish my Bourne movie marathon, I’m watching Jason Bourne.

You can find this movie at Amazon.com or Walmart.com. 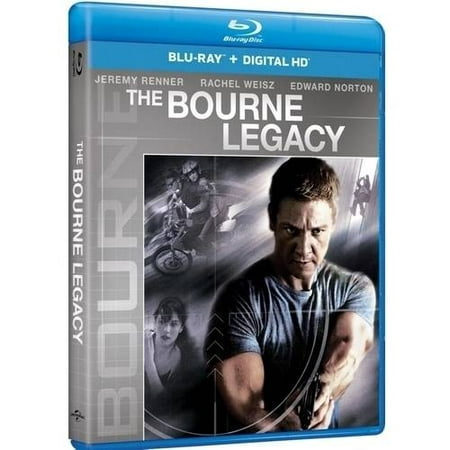 Sorry I was gone for a few days. Chris did come down. He did meet the kittens and he likes them.
He left on Monday then my mother got some of her stuff and moved in. She likes her new job. Then one of the kittens went missing. We got the kittens a scratching post and toy thing yesterday. That missing kitten came back today.

Happy February!! This month might not be really busy for me. I already give Chris his Valentine card when he was here. That saved me a stamp. He probably won’t be down for V-Day. Then later this month is my birthday!! Chris said he might be down then, if not in March. I don’t know if my best friend will be by then either.